The Dakota Access Pipeline may be on hold, but the battles over it are far from over. Diehard protesters continue to clash with local police while an out-of-state city shows its solidarity with the Standing Rock Sioux’s opposition to the pipelineNOVEMBER 14, 2016 / by PRIYANKA BOGHANI Digital Reporter

Following months of protests and fights to prevent construction of the Dakotas Access Pipeline (DAPL) on sacred Native American land and through Lake Oahe, the primary source of drinking water for the Standing Rock Sioux nation in North Dakota, a tenuous peace had been reached between law enforcement and protesters. It did not last long, however, as on Tuesday, the Morton County Sheriff’s Department arrested five protesters for criminal trespass.

In a statement from the department, officers on the scene claim that protesters violated an agreement made between tribal leaders and law enforcement over where protesters were allowed. Per the terms of the agreement, protesters were to stay to the south side of the Cannonball River. 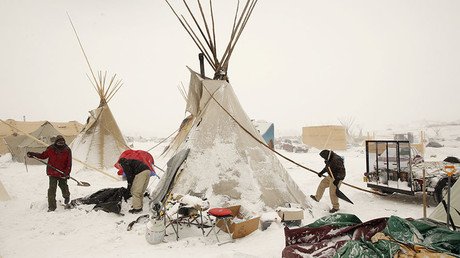 Despite numerous orders by law enforcement to stay on the south side or be arrested, seven protestors crossed the Cannonball River,” the statement from the Morton County Sheriff’s Department said. They claim that protesters walked about 100 yards north after crossing the river, leading to five being arrested for trespassing and other outstanding warrants.

While the fight in North Dakota continues, other cities are considering alternative measures to keep the DAPL out of their communities. City leaders in Stevens Point, Wisconsin, put the issue to a vote where they determined that they would officially oppose the pipeline.

While Stevens Point does not have any direct involvement in DAPL or its construction, the city voted on officially opposing the pipeline as a show of solidarity with the Standing Rock Sioux. The issue first came to the Stevens Point City Council after Mayor Mike Wiza was approached by a student at the University of Wisconsin-Stevens Point. 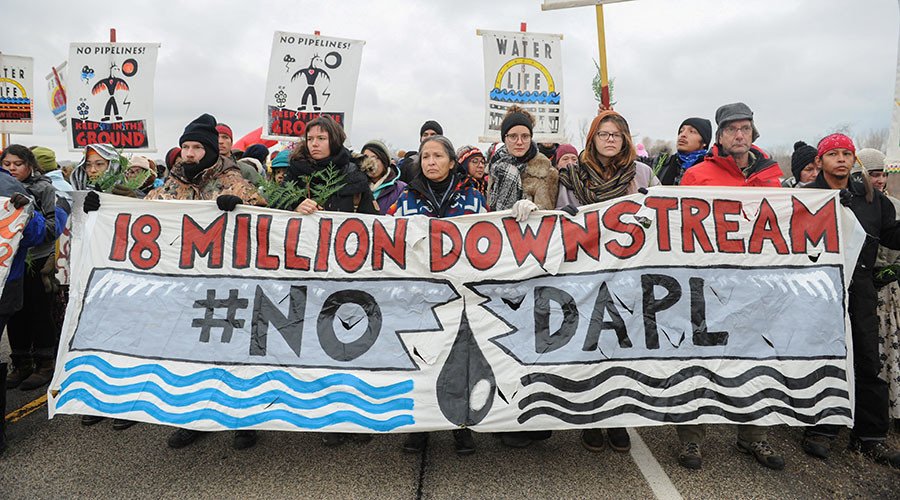 Brewster Johnson, the student, attended protests at Standing Rock where he “saw some really messed up human rights violence,” he told the Stevens Point City Times.

The symbolic issue was put up to a vote at City Council, but not every member was excited to vote on the matter.

“I’m not in favor of doing anything with this; I think it belongs out there in North Dakota and not here,” Council President Mike Phillips told the City Times. “This is the wrong venue to do something like this, even though everyone’s getting a warm, fuzzy feeling that they did something good.”

“What will be our next resolution be, voting against ISIS?” he added.

Other council members were interested in opposing the pipeline. Councilwoman Mary McComb claimed the vote “so perfectly matches the culture of Stevens Point.” Council member Mary Kneebone echoed the sentiment, telling the Stevens Point Journal: “As a community … with a lot of environmental awareness, with our College of Natural Resources, this is the least we can do.”

The United Nations Framework Convention on Climate Change. Link to the official UNFCCC website with information about the UN climate policy process.

350.org Slideshow Presentation – Get the Facts

A simple, visually compelling, well-sourced Powerpoint that explains climate change science and impacts for a general audience. It covers everything from the greenhouse effect to scientific consensus on climate change to how the impacts we’re seeing today are linked to climate change. Here’s a preview:

Got something to say? Go for it!